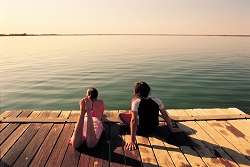 One of South Australia's most popular aquatic playgrounds, freshwater Lake Bonney is the perfect place to spend a day doing almost anything you please. Whether you're a swimmer or boater, Lake Bonney is for you. Canoeists and other boating enthusiasts enjoy great fishing and sightseeing as the lake and adjoining wetlands abound with wildlife. The lake is also popular with water skiers, windsurfers and jet skiers and you'll find excellent safe swimming areas to relax away the hours. This gallery is a community-based venue for local art and crafts. It features oil paintings, watercolours, pastels and photography. Sculptures, china painting, pottery and other crafts are also displayed. 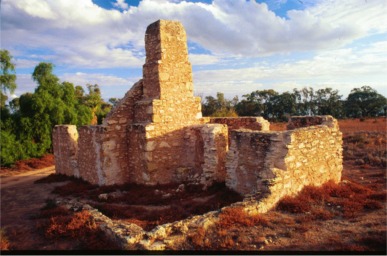 William Napper and William Parnell originally built this hotel in 1859. It was originally called the Lake Bonney Hotel and was on an old stock route at the northern end of Lake Bonney. It is now nothing more than ruins. During its heyday the house/hotel was a vital place for supplies and Napper irrigated his land thus probably becoming the first person to grow crops by irrigation along the Murray River. 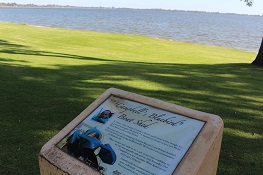 This Obelisk records the fact that the famous English speedster, Donald Campbell, back in 1964 attempted to break the world water speed record on Lake Bonney (he was unsuccessful). He reached 347.5 km/h but the lake was too small and the waves created by the speeding vehicle were too dangerous. It is next door to the Bluebird Café, a café that was named after Donald Campbell's boat. This was built in 1944 as a memorial to Charles Sturt who camped near Lake Bonney in 1844, during his search for the inland sea. The Berri Barmera Council had chimes similar to Big Ben placed in it, and they chime on the hour and half hour. 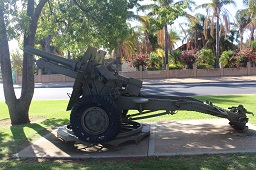 This is a Quick Firing 25 Pounder and was the standard Field gun used in the Australian Army from 1940-1967. The President of the Barmera RSL handed it over to the Chairman of the Barmera War Memorial Community Centre in 1962 and it was put on display in the main street of Barmera. The gates are dedicated to local service personnel who paid the supreme sacrifice during the war. A wreath laying service is held here every Remembrance Day. 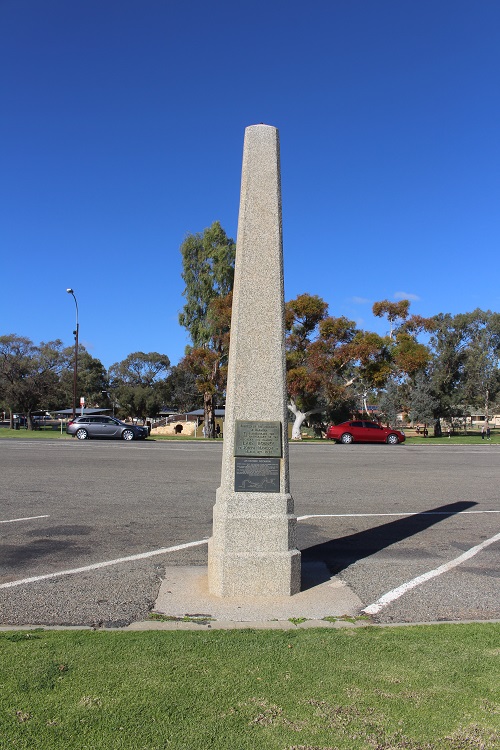 This was erected to commemorate the overland journey of Hawdon & Bonney in 1838. They were the first pioneers to drive stock from the eastern states to South Australia. They camped on the shores of Lake Bonney, which Hawdon named after his companion. A plaque was later added by the McDouall Stuart Society to honour the explorer John McDouall Stuart. He and his party were the first people to cross the continent from south to north and back again.

This was built in 1930 to commemorate the working horses of World War 1. It was rededicated by the school children of the area in 2000. Loch Luna Game Reserve comprises a range of water bodies including narrow creeks and shallow swamps. It is a popular area for people who enjoy fishing, boating or just enjoying the river. Keep your eyes open for the Royal and the Yellow-billed Spoonbills. Listen out for the harsh call of the Darter as it regularly breeds in Loch Luna. Sea Eagles, Regent Parrots, Pelicans, White-faced herons and many other birds inhabit the reserves. Kangaroos graze beside the creeks, and, if you are quiet, you might be able to spot a water rat swimming along the edge of the reed beds. There is a range of activities available to the visitor including; Canoeing - Popular in Nockburra and Chambers Creek; Bird watching - waterbirds and dry land species; Boat launching - off park access. Cobdogla and Kingston on Murray ramp; Nature walk - Kaliwira Walk, Moorook, a 45 minute flood plain exploration; Waterfowl hunting - is permitted in restricted areas on open days only. Note: non toxic shot only. 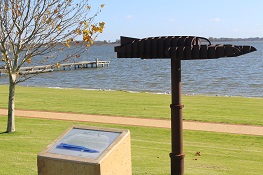 Several spectacular runs were made (usually in the early morning), but the lake failed to produce the required glass-like surface. However, on November 23rd 1964 Campbell established an Australian water speed record of 216MPH.

You can find more information about Bluebird K7 in Rocky’s Hall of Fame and Pioneer Museum and a plaque and K7 Sculpture on Lake Bonney foreshore, plus the K7 Bluebird Project Facebook site - https://www.facebook.com/k7projectbluebird/